The seeds of today become the flowers of tomorrow. All that we have for tomorrow comes from what we do today!

Wayne Woods Garedn Club will award an annual grant to an elementary teacher in Upper Merion Area School District, and collaborate to supplement the curriculum with a special project by utilizing the NGC book The Saved Seed. Possibilities include applied science through plant life cycles, applied math skills through measurements, and applied writing skills through journaling.

The President’s Project is in full swing with Roberts Elementary School second grade. A member purchased and delivered 18 pumpkins of various varieties. Two members read the book, The Saved Seed, to the students. After Halloween, they will open their pumpkins and prepare the seeds to save until they can plant them in the pumpkin patch in the Spring.

The second grade students at Roberts Elementary School have planted their pumpkin seeds in peat pots and are waiting for them to germinate. Once the plants are a few inches tall, they will plant them in the pumpkin patch that is being prepared by the Upper Merion School District grounds crew. The students will be assisted by 3 Wayne Woods Garden Club members.

The Saved Seed pumpkin project entered the planting phase in May. After utilizing the six varieties of pumpkins and the seeds for lessons in math, writing and science, the second grade students at Roberts Elementary sowed their ‘Saved Seeds’ in peat pots and later planted their seedlings, along with the help of the Upper Merion Area School District grounds crew, in 20 five-gallon buckets. This project was a collaborative effort involving WWGC, administrators, second grade teachers, facilities manager, grounds crew and students. In the Fall, the pumpkins will be harvested, completing the cycle. The new cycle will then begin again with the new second graders.

Roberts second grade teachers are gearing up for the second year of the President’s Project, The Saved Seed. A donation of 15 pumpkins has been provided from a farm in Chambersburg, PA. The teachers will once again use the pumpkins and the book to teach lessons across the curriculum. The book will be read to the three classes by WWGC members and a member’s daughter who is a Roberts alumnus and a member of the high school garden club.

In October, Gwen and Morgan Puglisi read the book to the 2nd grade classes at Roberts Elementary. In November, the children cut open their pumpkins and scooped out the seeds to save. They counted the seeds, and used the pumpkins for various activities across the curriculum. They even made a bird feeder to hang outside their classrooms. The children wrote thank you letters to send to Farmer Brent to show their gratitude to him for donating the pumpkins! 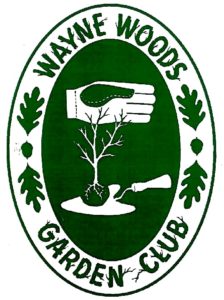